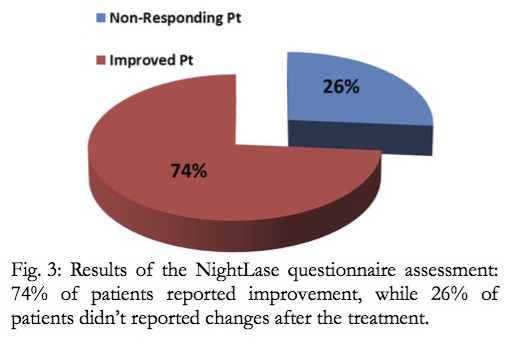 This report describes a one year clinical experience performing the NightLase(TM) laser treatment on patients with snoring and other SDB symptoms. The NightLase treatment is based on a minimally invasive photo-thermal effect using Er:YAG laser light on oral mucosa.

In a period of one year we treated 57 patients having snoring and other SDB symptoms. All patients received three sessions of the NightLase laser treatment. Discomfort during the treatment was evaluated by the patients and potential side effects were monitored. Results were measured using a snoring questionnaire during follow-ups at 14 days and 45 days. Long-term effects for up to 15 month after the treatment were followed up on by performing telephone interviews. The majority (74%) of patients responded positively to the treatment, with an average improvement of snoring severity and SDB scores of 50% and 45.9%, respectively. Only mild discomfort during the treatment was recorded, and there were no other adverse effects.

The NightLase Er:YAG laser method has been found to be an effective, minimally invasive and safe method for treating patients with snoring and other SDB symptoms. 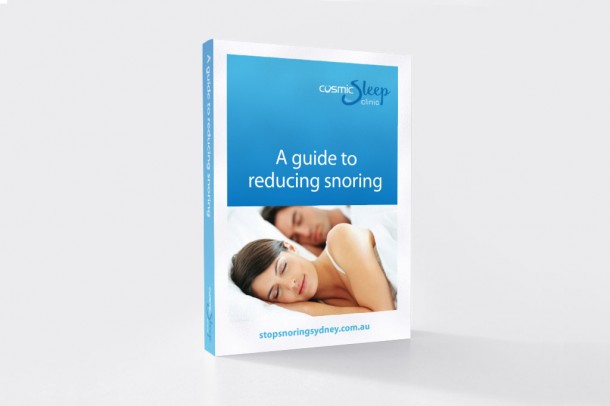 Reduce snoring with our free guide